Bridge blockade could have long impact 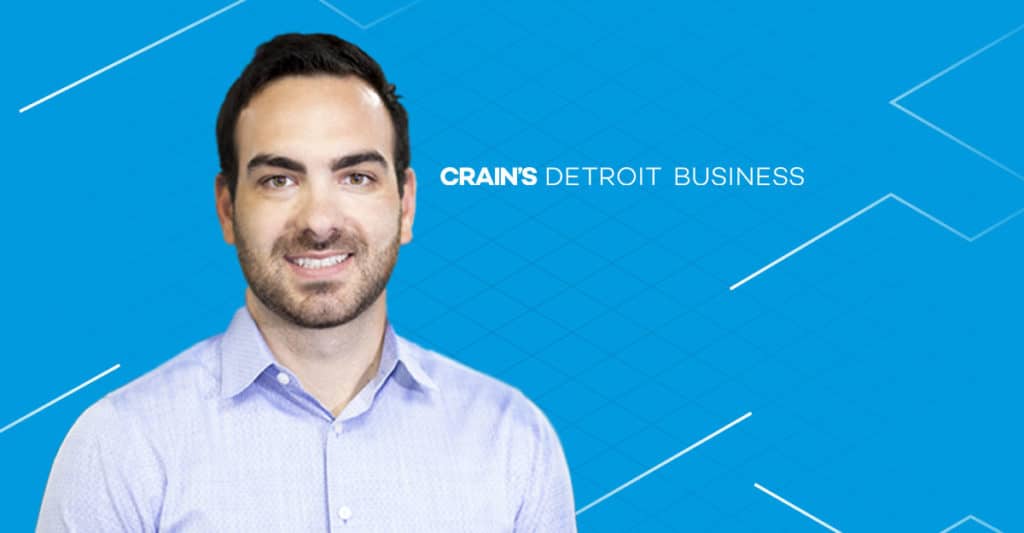 Add a blockade at the busiest U.S.-Canada border crossing to the list of supply chain problems pounding Michigan businesses.

The shutdown of the Ambassador Bridge last week, the main link between Michigan and its largest trading partner, over COVID-19 vaccine mandates for truck drivers and other issues quickly escalated to an economic emergency with far-reaching impact from farms to automotive factories.

Brian Hitchcock’s trucking business is at a near-standstill thanks to protesters blocking access to the Ambassador Bridge, but he said they are not the problem.

“We can’t afford to lose drivers over a mandate when they’ve been out there for two years doing this without a vaccine or a mask or anything else,” said Hitchcock, CEO of Webberville-based MBH Trucking and chairman of the Michigan Trucking Association.

Both Canada and the U.S. currently have regulations in place that require COVID-19 vaccinations for truckers who cross the border into their countries.

MBH trucks typically cross the Ambassador Bridge about 25 times per week, hauling everything from petroleum and antifreeze to livestock feed and nitrogen fertilizer — a crucial import from Ontario for farmers in Michigan and a big part of MBH’s business.

In the past three weeks, however, the company’s cross-border dispatches are down by 30 percent because only half of its 45 drivers are vaccinated and eligible to cross the border under Canada’s recently enacted requirement, which prompted protests that spread to the Windsor side of the Ambassador Bridge.

Hitchcock said business is down not because of lack of demand but because of a years-long national driver shortage exacerbated by vaccination requirements.

“The concern I have is there’s nobody new available when the freight comes available. You can’t find a driver,” Hitchcock said. “There’s gonna be a shortage of nitrogen fertilizer.”

Fertilizer makes up just a fraction of the $300 million of goods carried over the Ambassador Bridge each day, but losing supply would have serious, months-long consequences for farmers soon to begin planting for the spring season.

Impact from the broken link between the U.S. and Canada was felt immediately in the manufacturing sector, which accounts for the largest slice of Michigan’s $17.3 billion in annual exports to Canada.

Ford Motor Co., General Motors Co., Stellantis NV and other automakers were forced to scale back production at assembly plants in Michigan and Ontario due to parts shortages. The production cuts have a ripple effect on suppliers already hurting from shutdowns related to the pandemic and microchip shortages.

“All it takes is one missing part, and it shuts down an assembly line,” said John Taylor, professor of global supply chain management at Wayne State University. “The whole system is built on minimal disruption so you can ship parts a day or two before they go into the car.”

Plant closures and temporary layoffs will continue if the border remains closed, said John Walsh, president and CEO of the Michigan Manufacturers Association.

“Automotive suppliers are on the brink of a significant production crisis,” Julie Fream, president and CEO of the Original Equipment Suppliers Association, said in an email. “We need both the Canadian and U.S. border authorities, as well as local law enforcement, to fully enforce the laws and regulations to reopen all border crossings including the Ambassador Bridge.”

The likely direct lost wages for the week in Michigan due to the disruptions amount to $51.3 million, as calculated by East Lansing-based Anderson Economic Group LLC.

That number will climb “at an accelerating pace” if the border closures persist, said Patrick Anderson, principal and CEO of the consulting firm, but the impact of the closures will remain long after the flow of goods resumes.

“This episode has underlined for the United States the critical nature of the Michigan-Ontario border crossing and highlighted the vulnerabilities of the U.S. auto industry related to the reliance on truckers,” Anderson said. “I think this will have effects on trade negotiations, on infrastructure decisions and on relations between the U.S. and Canada for years.”

Aurora, Ontario-based Magna International, one of the largest auto suppliers in North America with a large presence in metro Detroit, is “managing the supply chain constraints caused by the blockade” by finding alternative points of entry into Canada and the U.S., spokeswoman Tracy Fuerst said.

Over the past few days, the company has been coordinating new shipping routes for its manufacturing customers in Michigan, including the Blue Water Bridge connecting Port Huron to Sarnia, where traffic is also backed up. Velkov said the company is working with some companies to consider alternate forms of shipping, such as air and rail.

“Mode conversion is a big piece of this,” he said. “Working closely with customers to understand impact to load plans. Is there another way to deliver the goods in a timely manner?”

Canada’s COVID-19 vaccine mandate put more strain on truck supply between the two countries before the bridge closure brought it to a head.

Velkov said Canada’s COVID-19 vaccine mandate put more strain on truck supply between the two countries before the bridge closure brought it to a head.

“Our market currently is very capacity-constrained,” he said. “It puts more pressure on the availability of trucks out there.”

Gov. Gretchen Whitmer called on the Canadian government to “de-escalate” the blockade and “take all necessary and appropriate steps to immediately and safely reopen traffic.”

Others in the business community, like Hitchcock, have specifically called for an end to the vaccine mandate. Exempting truck drivers from the mandate is the “common sense” solution, said Chuck Lippstreu, president at Michigan Agri-Business Association.